Book now your stay at the best guaranteed rate!

La Rocchetta Resort awaits you at the gates of Rome, in the quiet residential area of La Giustiniana, in the Veio Regional Natural Park, last stretch of the Via Francigena and an important archaeological area on Via Cassia, from where it is easy to reach the ring road, which is just 2.5 km away.
Nestled in a beautiful garden with pine trees and sheltered from the bustle of traffic, La Rocchetta Resort Hotel is close to the Olgiata Golf Club (5 km away) and is an excellent starting point for those who want to go to the Olympic Stadium, the Foro Italico and the main hospitals of Rome (Casa di Cura San Valentino, Fatebenefratelli, Gemelli General Hospital, San Filippo Neri and Sant’Andrea).
For those who want to use public transport, the resort is 200 meters from the bus stop (lines 201, 223 and 031) and 600 meters from La Giustiniana stop, where the train arriving from the center of Rome (Trastevere and Saint Peter’s Basilica) stops in Piazzale Ostiense.
From La Giustiniana stop, it is also possible to get off at Valle Aurelia and take the A Line subway to reach Piazza del Popolo, Trinità dei Monti, the Spanish Steps, the Trevi Fountain, Saint Peter’s Basilica and the Vatican Museums, and start an exciting visit to Rome, a voyage in art and the fascinating paths of a millennial history.
Line A will also take you to the Termini Station, where it is possible to take a shuttle bus or train to the Fiumicino airport. 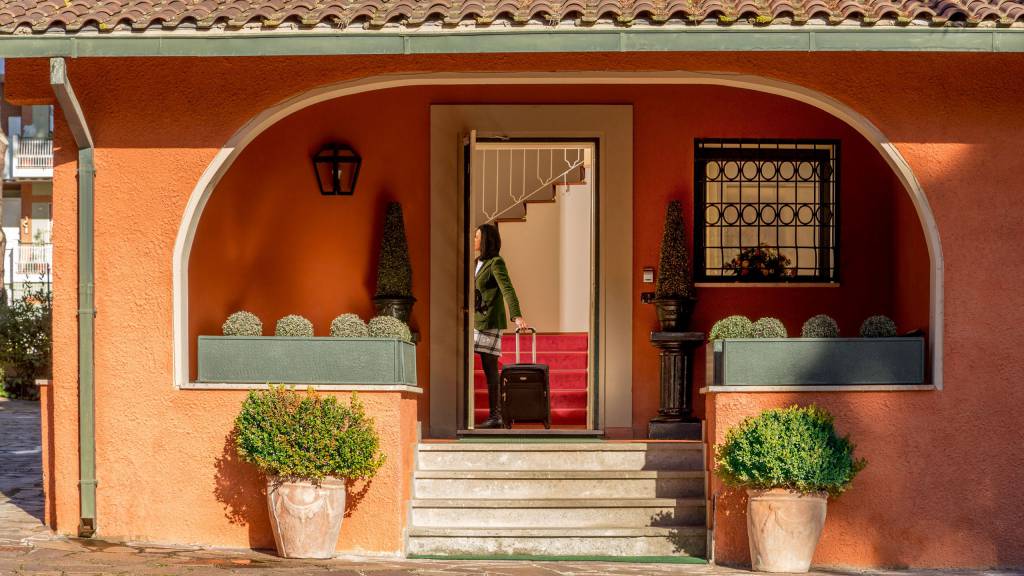 How to Reach Us

By car:
From the main highways, get to the GRA (Ring Road), take exit 3 (Cassia) and follow the directions for Giustiniana and Olgiata. Drive straight for 2.5 km and turn right into Via Giulio Galli, you will find the resort at number 41.

By plane:
The Airport of Fiumicino is approximately 30 km away. To get to the resort take a taxi or the regional train FR1 till Trastevere Station and take the regional train FR3 direction Viterbo for La Giustiniana Station. For directions from the Termini Station or from Piazzale Ostiense see the “By train” section. Alternatively, ask for the convenient airport/resort transfer service when booking.